Today we’re celebrating Kylie Jenner’s 20th birthday with a look at her style evolution over the past ten years. If you love cringey photos then trust us, you’re gonna love this...

In the year of 2007, Keeping Up With The Kardashians was born and Kylie was thrust into the limelight at the age of 10. Her style back then was typical of girls that age; cute dresses and sparkly shoes. 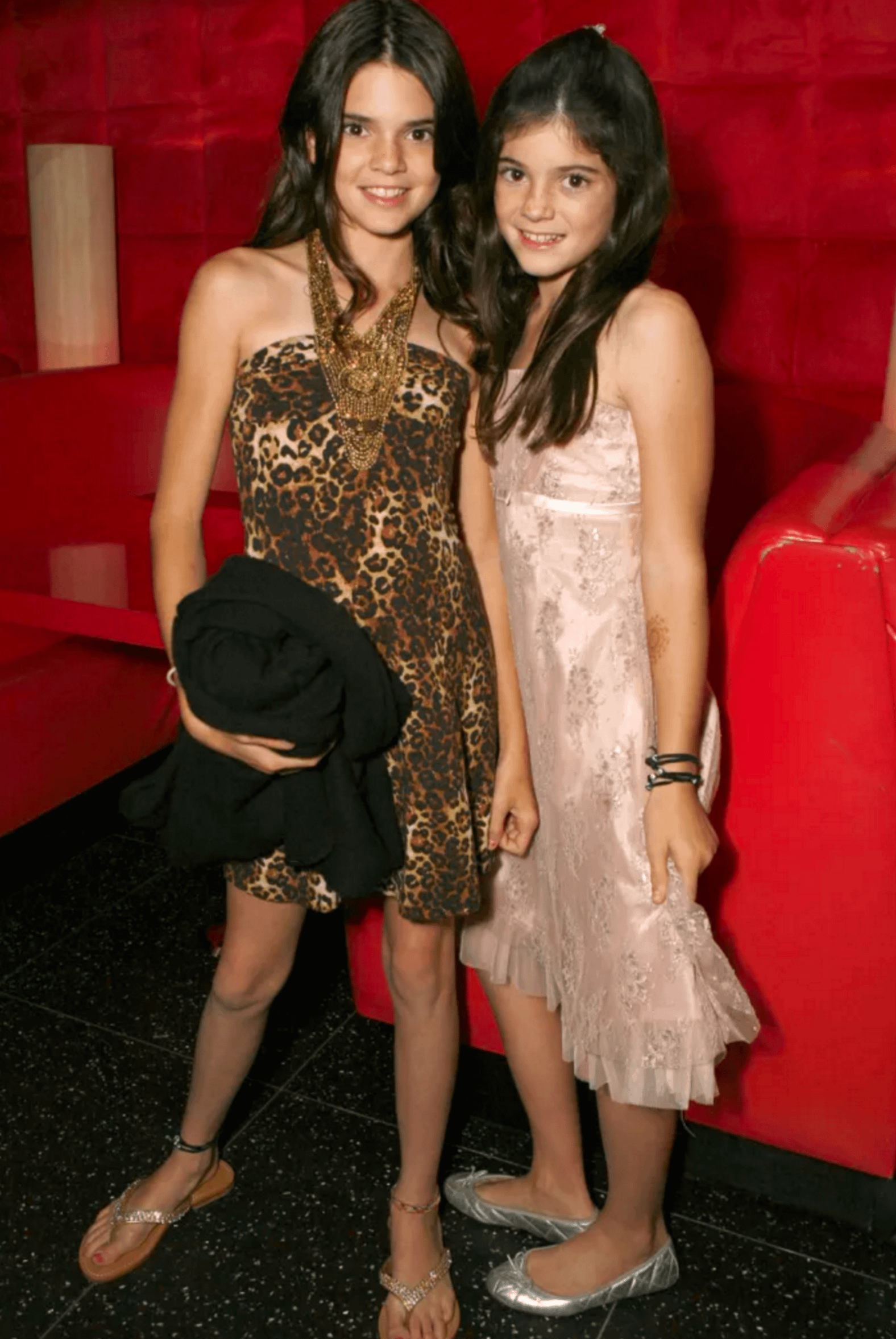 Perhaps a year she’d much rather forget; 2008 was a whole lotta cringe. Steppin’ out in a neon pink top, a black waistcoat, a zebra print ballet style skirt, black tights and black uggs; this wasn’t one of Kylie’s finest looks. We’re just glad no one was pappin’ us in 2008. 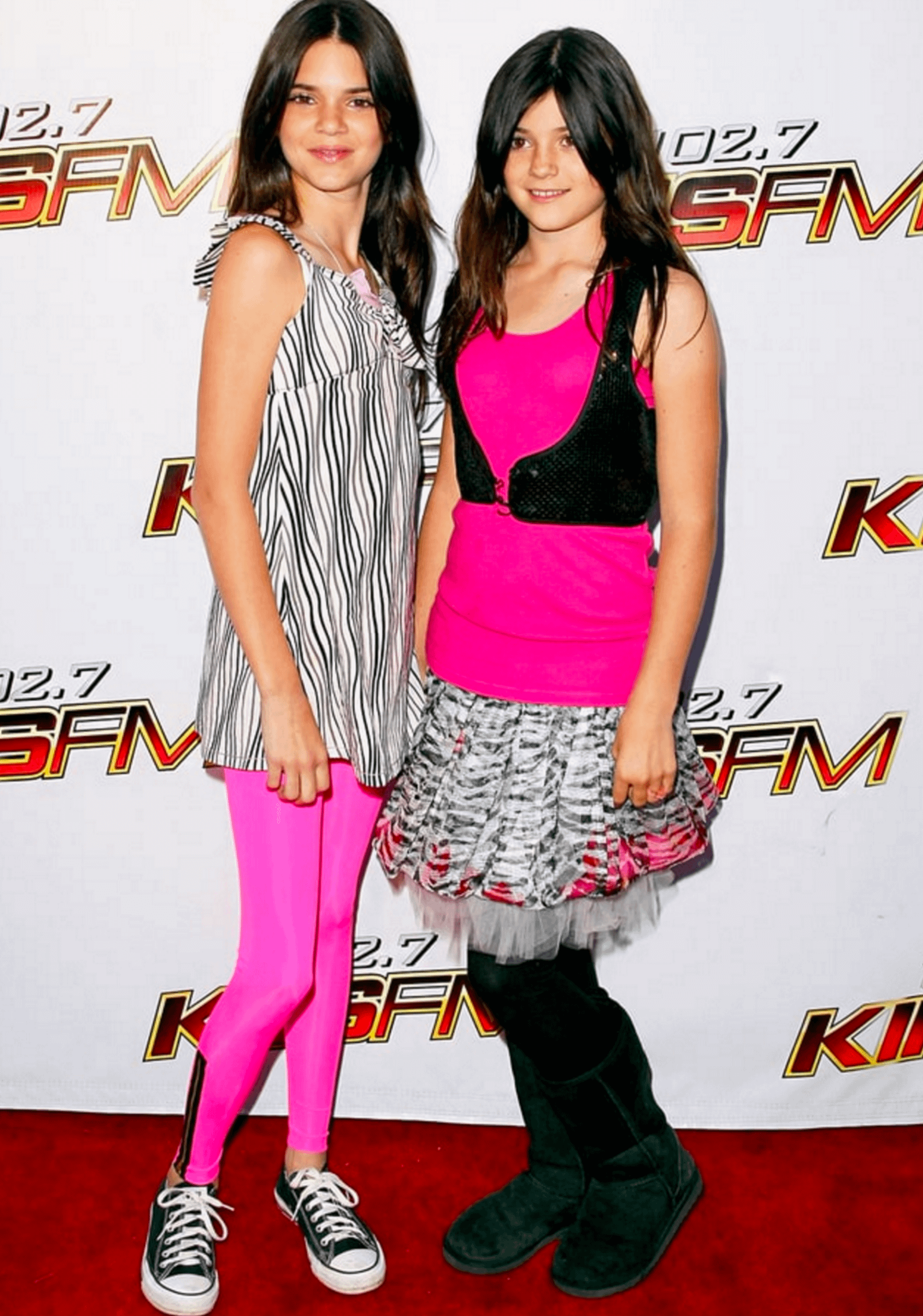 You can see here she’s definitely growing up, by rocking heels on the red carpet. Whilst we still can’t say we love this look; it was 2009 who can blame her. We probably looked waaaay worse. 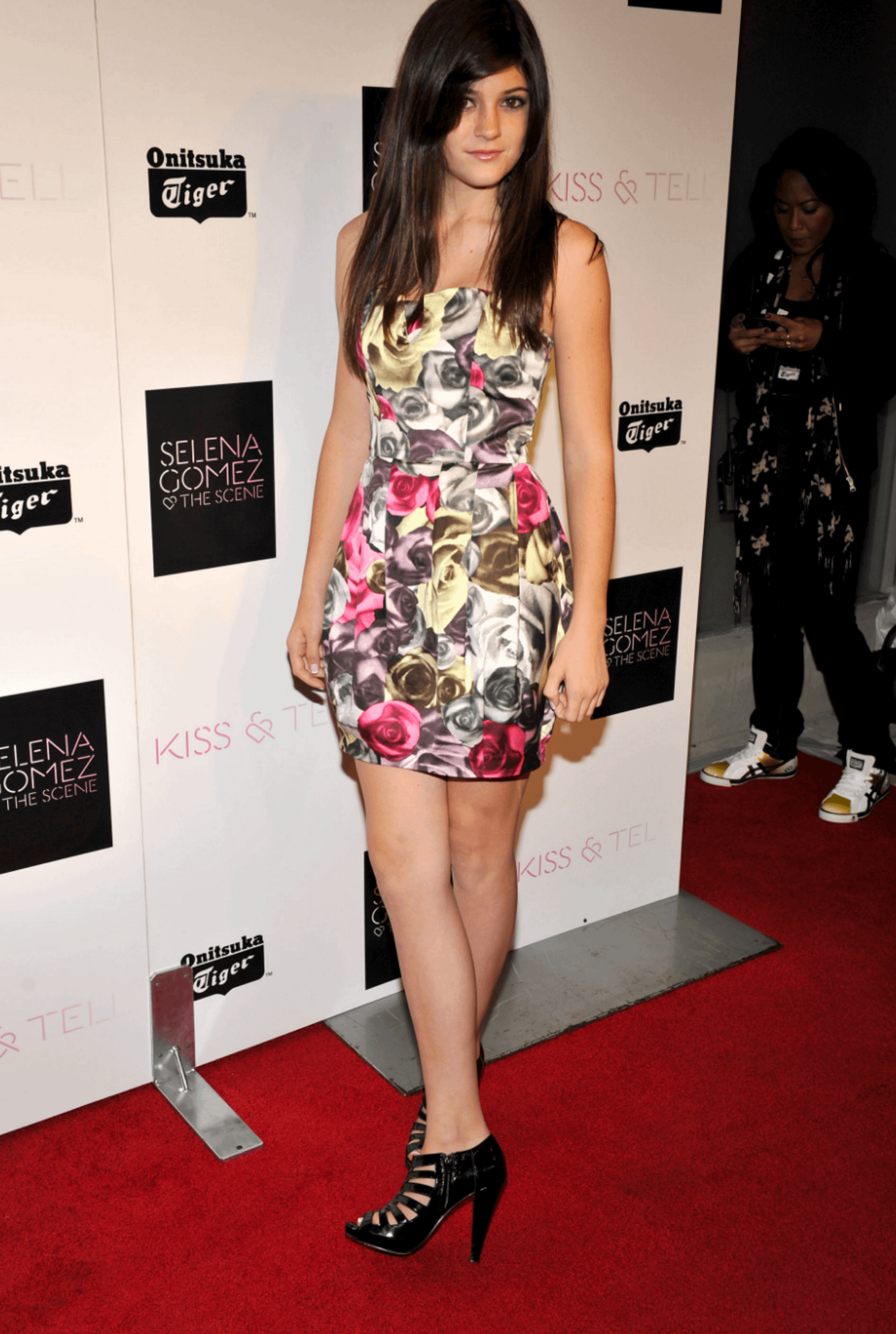 Kylie looks almost unrecognisable in this shot from 2010. With distressed white jeans, a printed tee, converse and poker straight hair; this is far from the Kylie we all know & love! 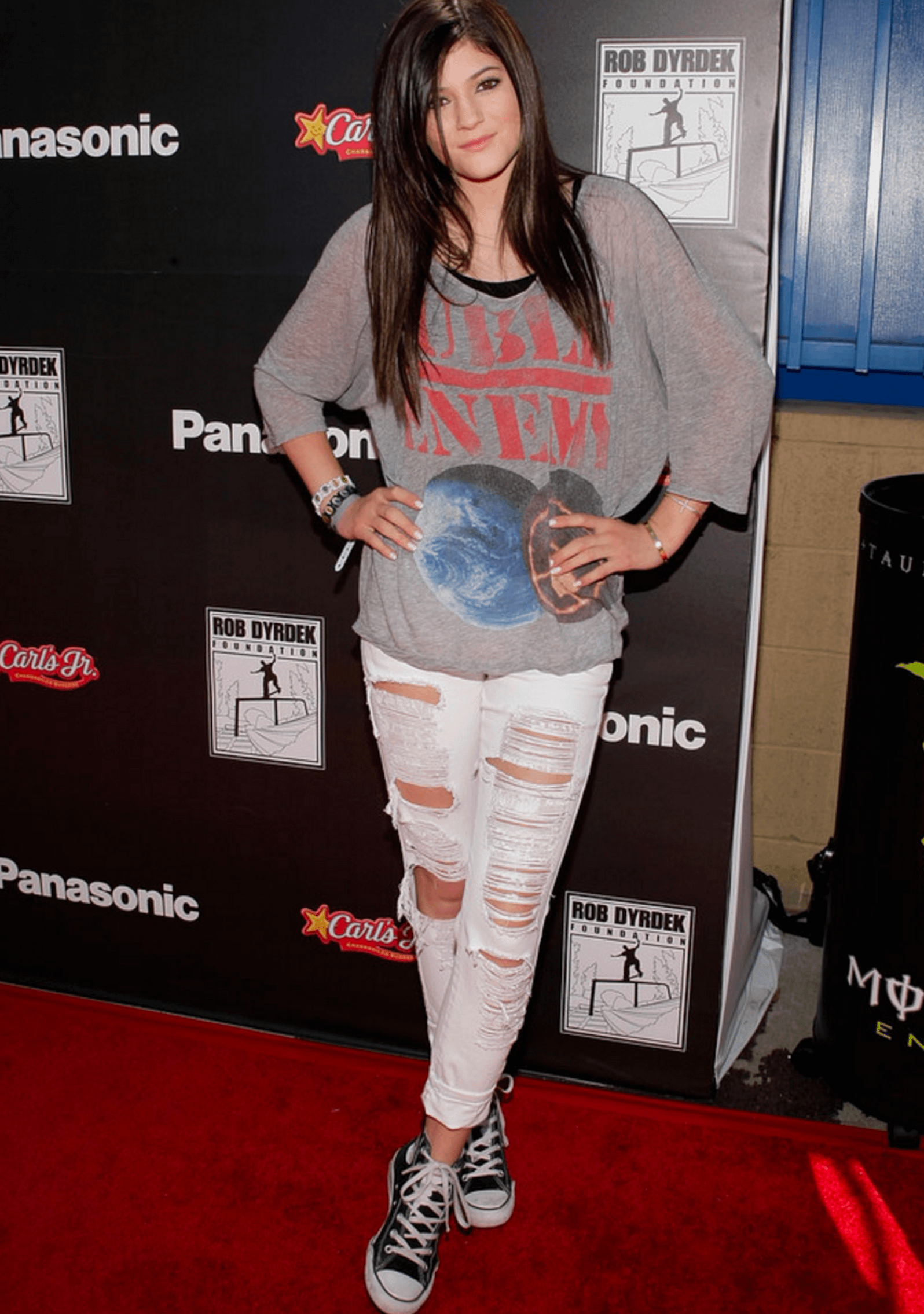 At just 14, Kylie started to show off her glam side with killer heels and bandage dresses. This was a signature Kardashian look from these years, and she could easily pass for one of her sisters! 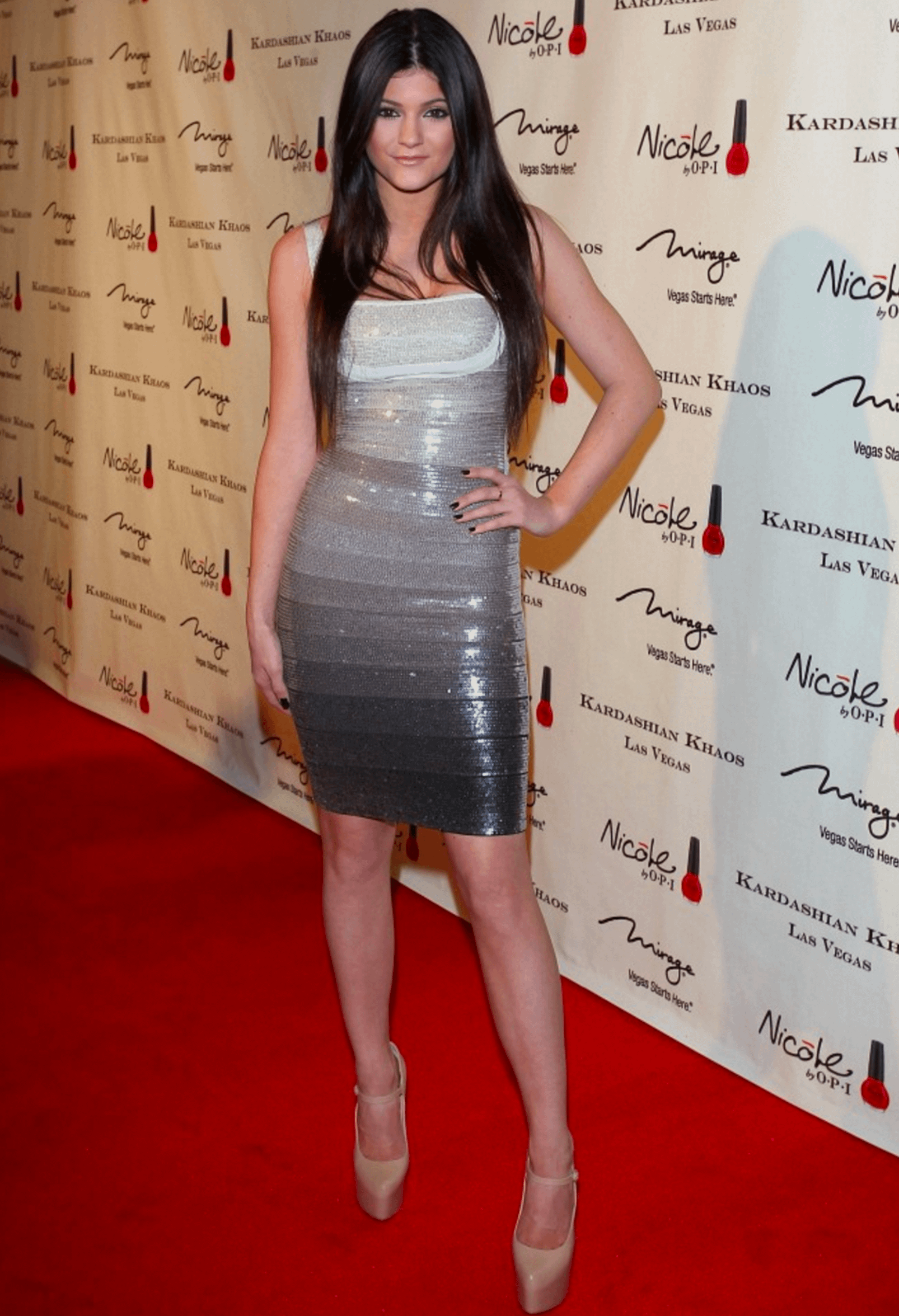 It’s clear by this age she’s been taking style tips off her sisters, rocking a look we could easily see any of the Kardashians in. She’s ever so slowly starting to morph into new Kylie. 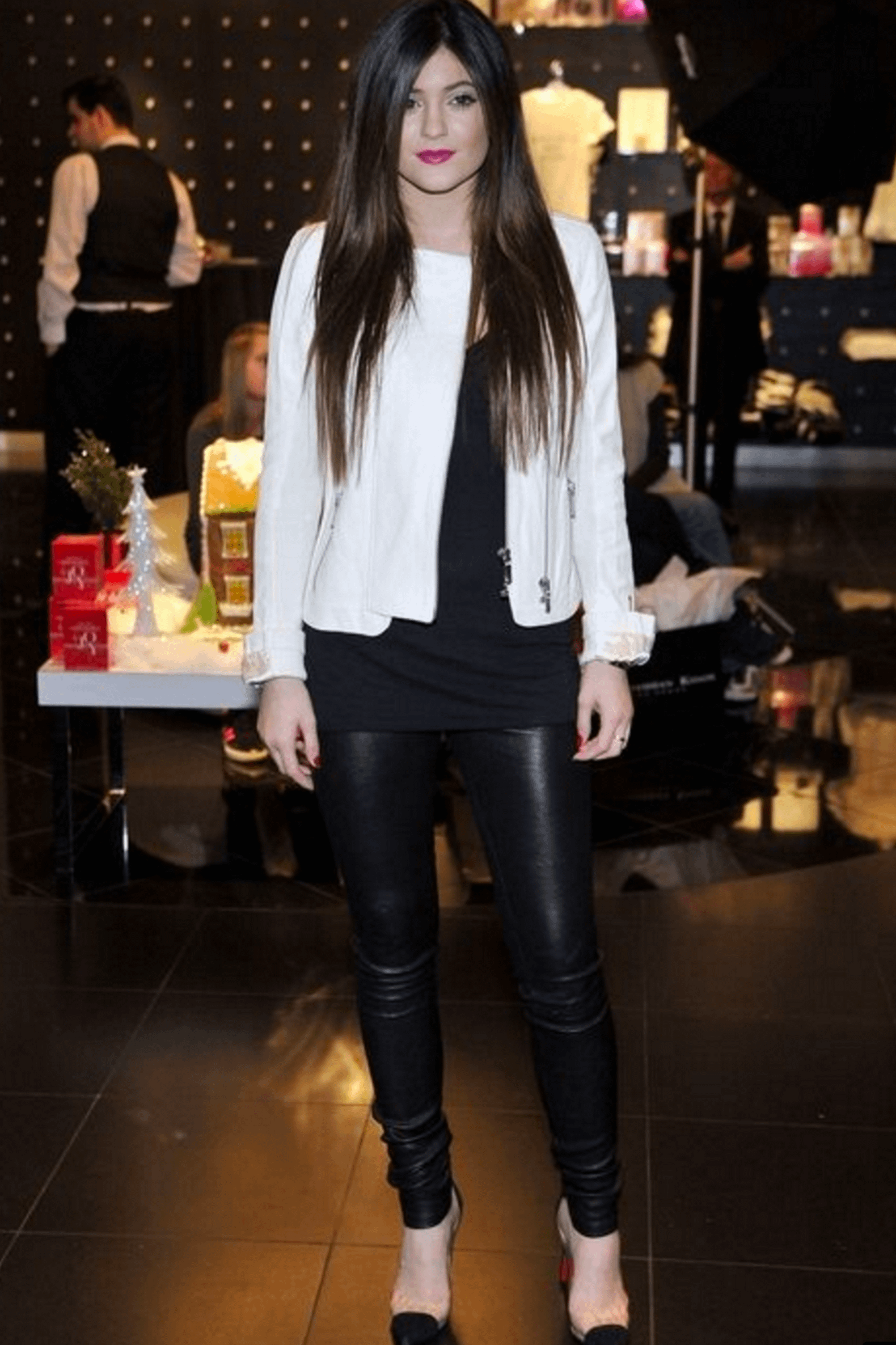 Gettin’ a little bit more glam, Kylie is slowly uppin’ her style game. With a fitted white dress and killer heels; this is a look we could see 2017 Kylie in. 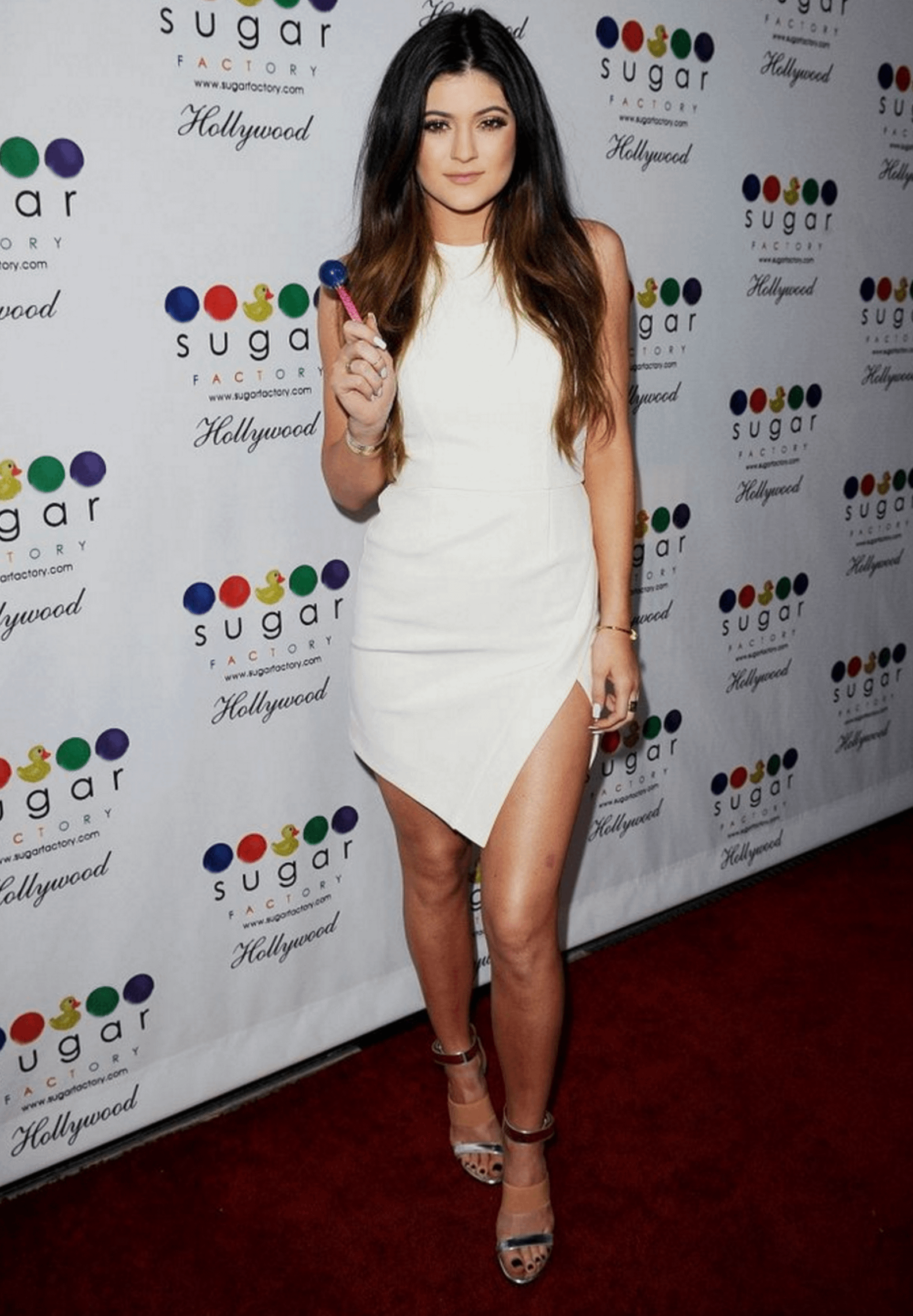 And BAM. Here’s where Kylie changed her look completely. With short black and green ombre hair, fuller lips and a sassy look to match, this is where Kylie really started to evolve. 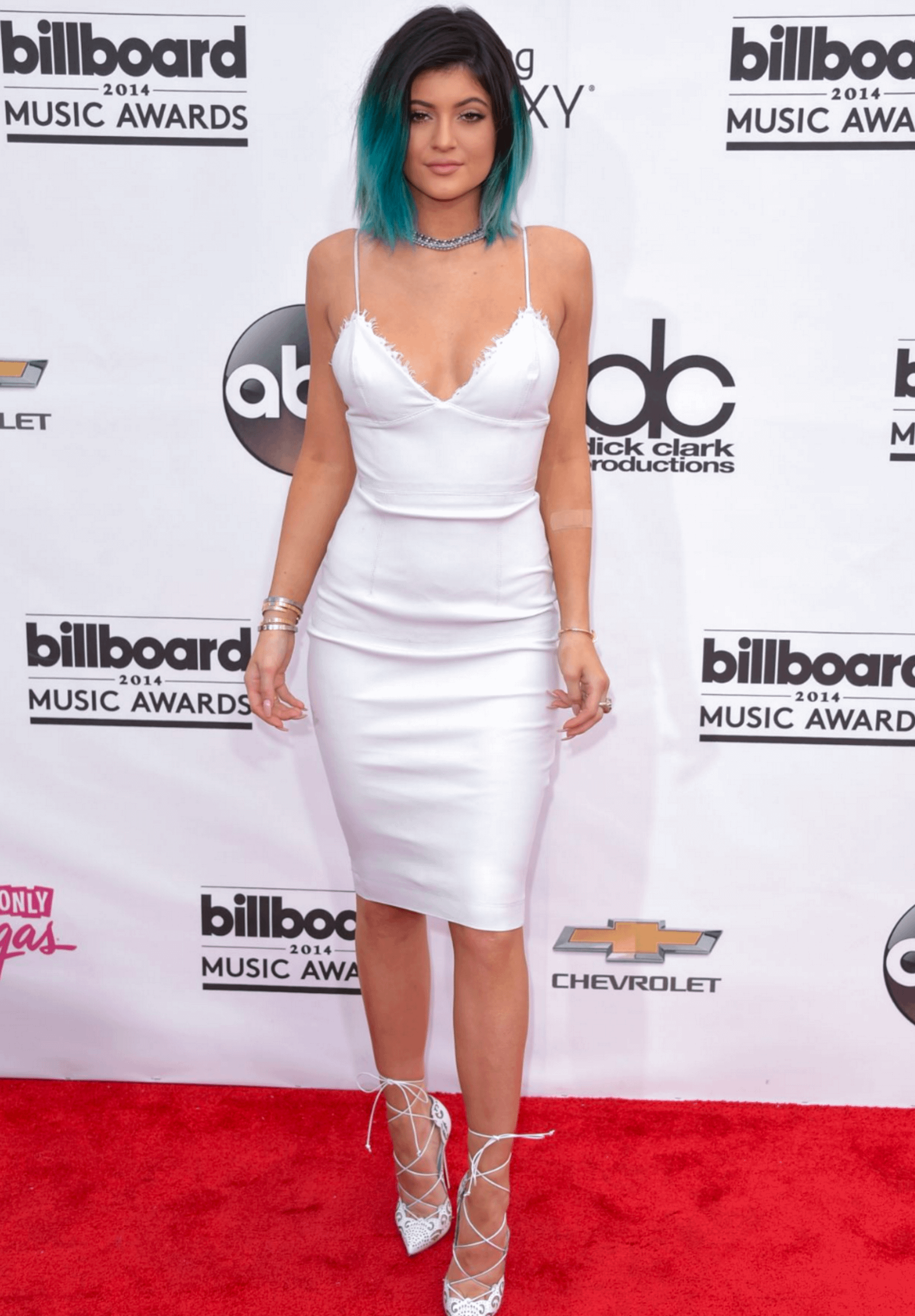 With slick black hair and a fitted orange mini dress, Kylie is starting to have fun with her style and opt for her own looks. Moving away from the look of her sisters, she’s finally started doing her own thaaaang. 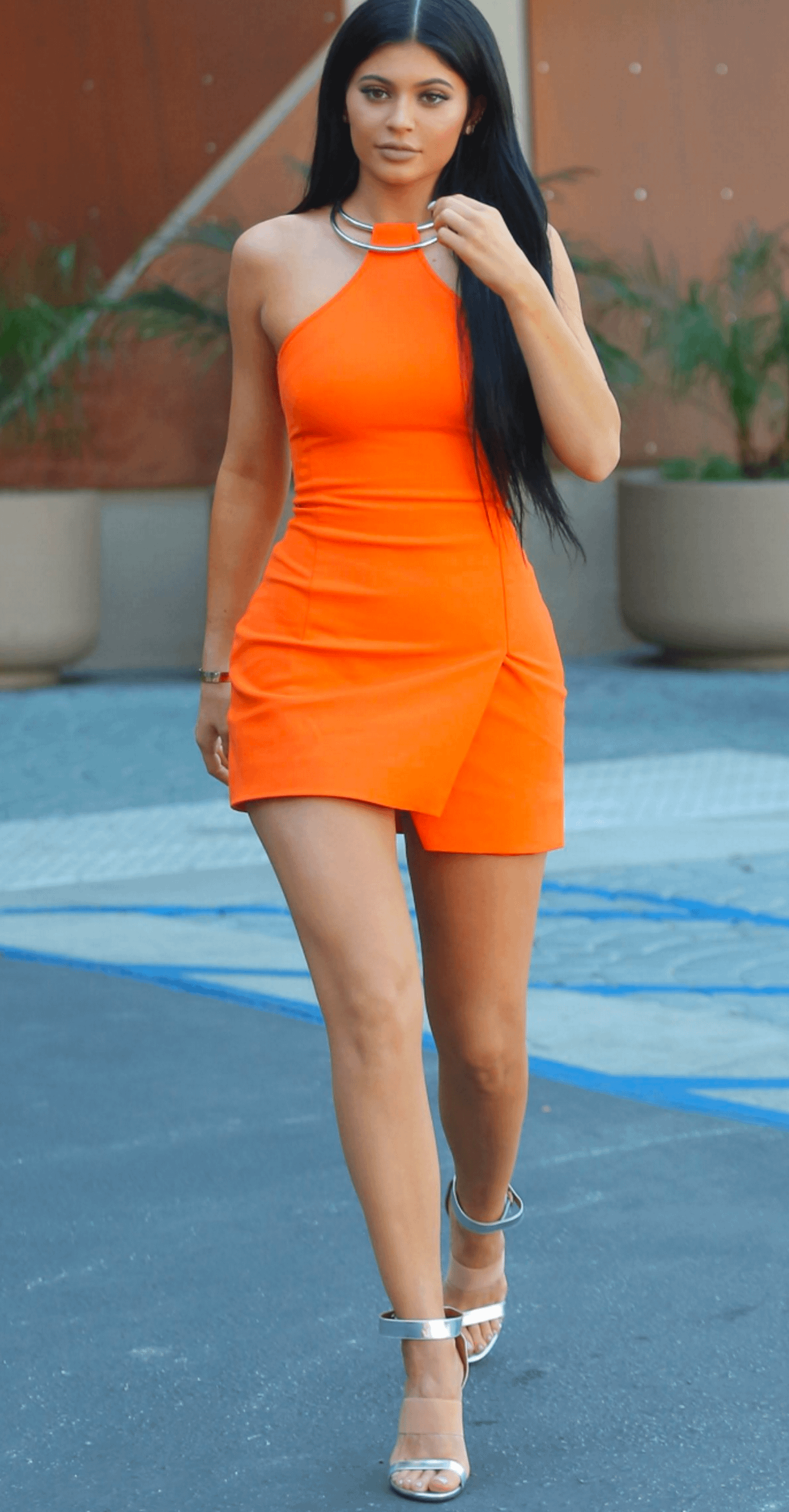 We couldn’t do this list without including her first Met Gala look could we? Dressed in custom Balmain, Kylie graced the event in style; looking worlds apart from her 2007 look. 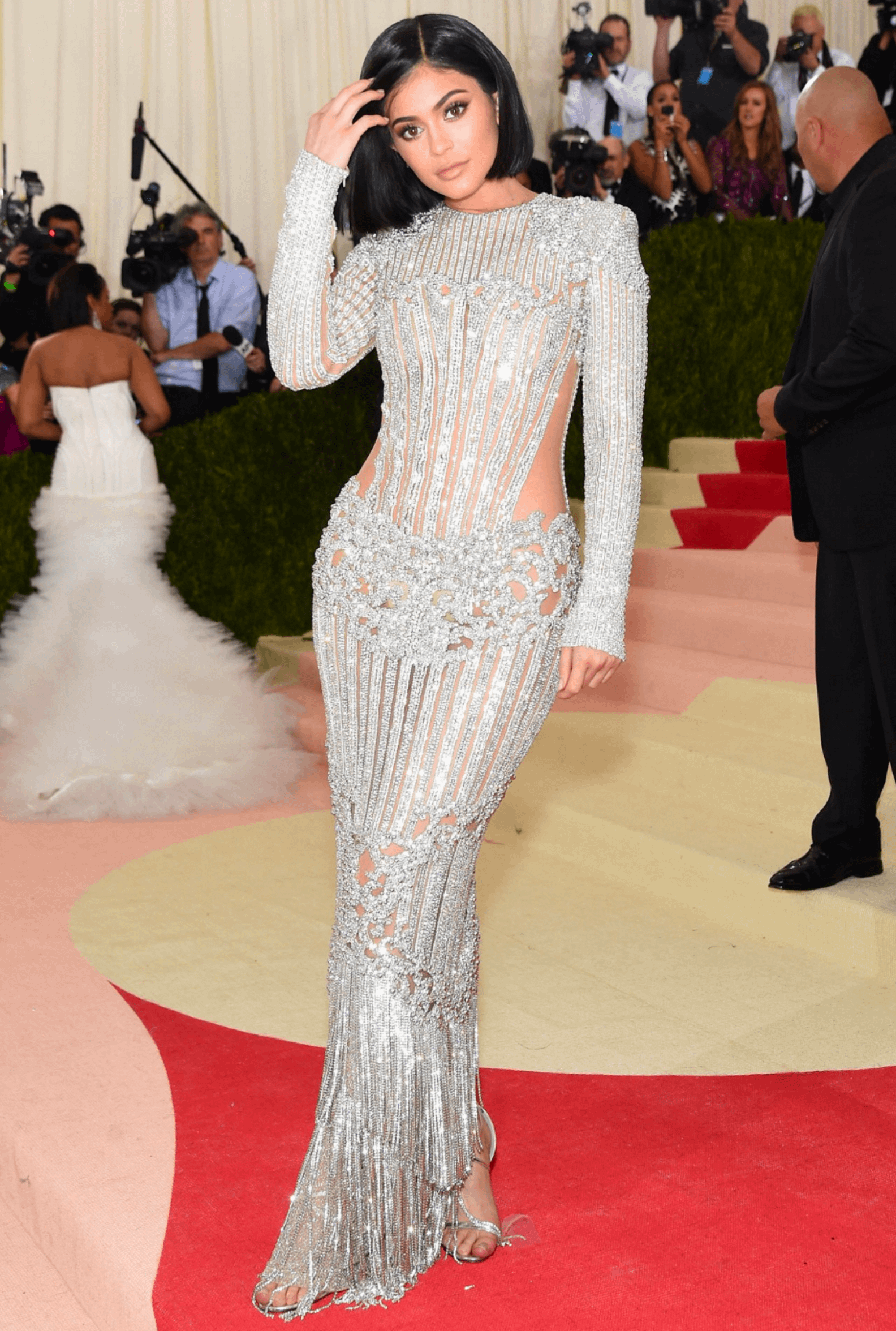 Then finally we have modern day Kylie. She’s fierce, bold and not afraid to have fun with her fashion. Working a variety of different looks & styles, she’s always impressin’ us. Steal her style in this look with the Alabama Long Lycra Boot. 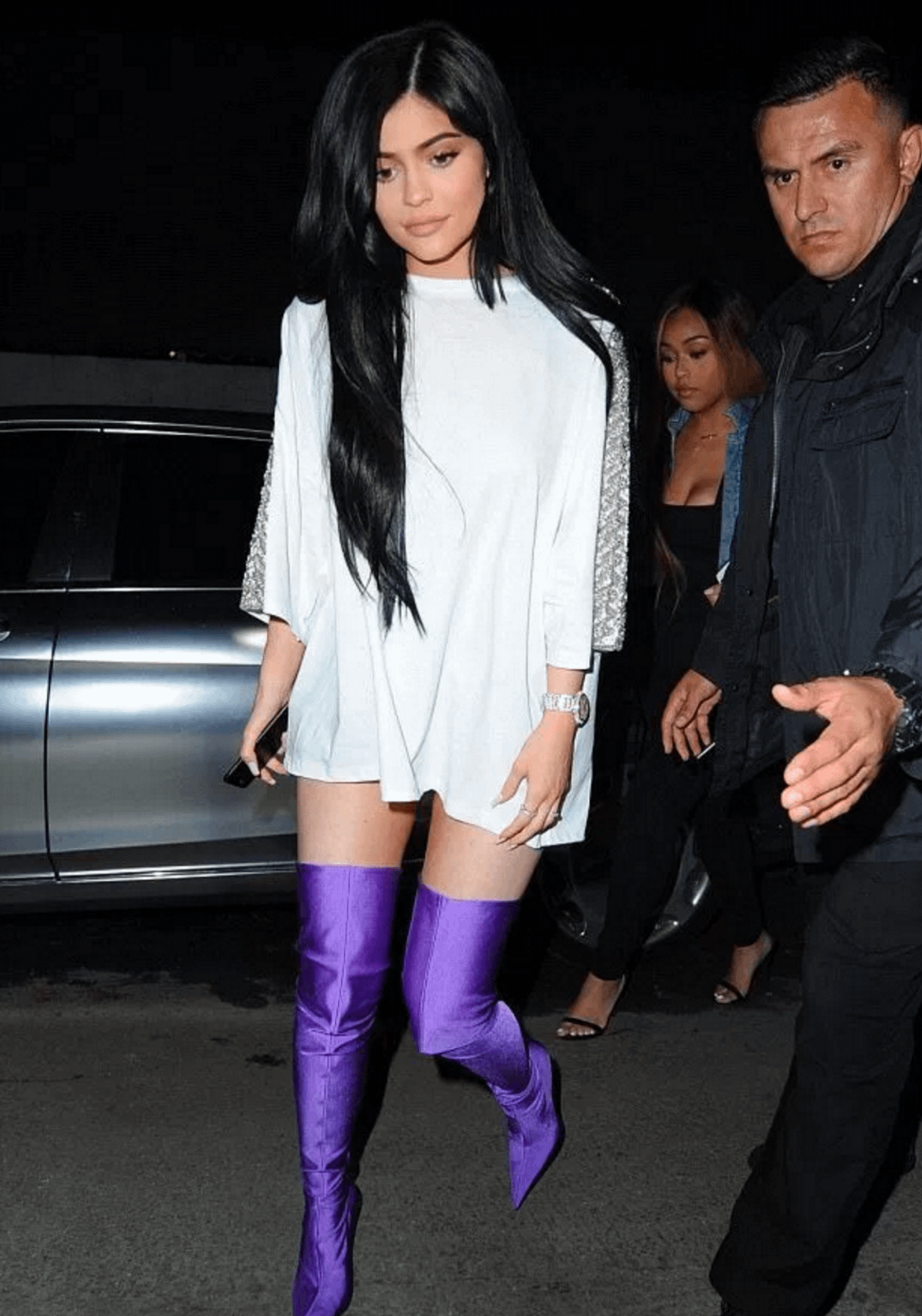